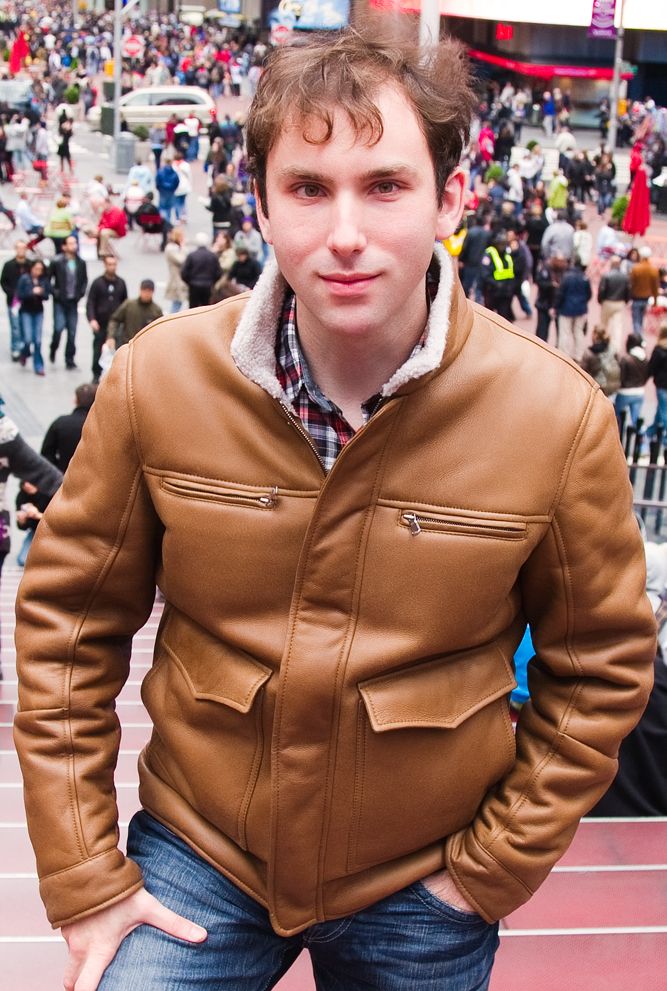 Hello and welcome to my Aminus3 photoblog!

For those of you who have found my Aminus site because you are interested in contacting me regarding the City Hall Subway photograph, yes, you are in the right place.

The City Hall Subway photo has become world famous. I have been so delighted that magazines, print publications, online blogs & news aggregators as well as private print collectors worldwide have taken interest in our image. The image is copyrighted. If you are interested in using this image, please contact me. Licensing of this image is available for all types of applications. Please inquire for fees & details. Depending on your usage, in some cases the fee may be waived.

Limited edition fine art prints are also available. All prints are signed, numbered and come with a certificate of authenticity registered specifically to you. All prints are made on Hahnemuhle Fine Art archival papers and are sprayed with a UV protective coating.

I was an undergrad pre-med student turned film student and continued my film studies at Emerson's graduate program in Boston. During the summer of 2003, I became more interested in cinematography and shot a few projects during my final year at Emerson, but was a directing student and focused mostly on that. After graduation, I became more and more interested in cinematography and began shooting 16mm shorts for NYU students. As I shot more films, I started getting offered better films and in addition to building up a nice reel, I also shot for students at Columbia, SVA and NYFA. From March 2005 - February 2007, I worked in New York City with the International Emmy Awards.

I've always been interested in photography and finally decided to take Photo 1 during the summer of 2006, not just for learning the darkroom, but to learn more about framing, hoping to improve the way I shoot motion picture film. To me, the way stills are composed is more critical because it's just that - still. You can't do as many fancy camera tricks or start moving the camera around to divert attention. For now I'm just shooting when I can, trying to hook up with new people who need a photographer or who have interesting subjects, as well as going out and working on my own.

One thing I'm not afraid to do and I sometimes come under criticism for is experimenting. I like seeing how different films react and capture images, so often when I'm shooting - people, landscapes, whatever - I'll bring several kinds of film with me and mix up what I shoot on. I do have staples tho and i tend to shoot a lot on Kodak, Ilford, Fuji, Rollei and Efke.

While I do shoot some digital, I love shooting film, even tho it can get a little pricy. I don't think it matters quite as much for color, but for b&w, film has a huge advantage. Digital can't reproduce the look of a b&w negative - not only in terms of grain, but also the dynamic range and different spectral sensitivities of film. As of late, I've been shooting more slide film due to it's more accurate color rendition as well as more digital on my Canon 5D, which has certainly delivered with the quality of its photos. I also have a small collection of vintage film - Kodak Technical Pan, Kodak Panatomic-X, Kodak Ektar 25, Kodachrome 25, Kodak High Contrast Copy Film, Kodak B&W Infrared, Kodak Ektachrome Infrared and Agfa 25, to name a few. While I enjoy shooting these emulsions, they mainly reside in my freezer and come out for special occasions.

These days, I really don't do a whole lot of work with motion picture film. The last time I shot a film was May 2006. It was a big budget NYU period piece thesis project called "Meta Incognita" that we shot on Super16 over the course of five days in Montauk, NY. I would DP something again, if it were the right project, but I seem to have settled more on still photography for now. During the spring of 2007, I took Photo 2 and Lighting: Theory and Practice. Most recently, during the spring of 2009, I took Large Format Photography, working with 4x5 cameras.

I have Nikon, Canon, Pentax and Minolta SLR's, but the lighting class introduced me to a lot more medium format and digital photography. In the fall of 2007, I got got a vintage Kodak Medalist II which takes beautiful photos in the 6x9 format. A friend also recently lent me a Bronica ETR system, which captures images in the 6x4.5 format.

I'll shoot anything that strikes me. I started off doing a lot of landscapes, street photography and candids, altho lately I've been trying to work more on model/fasion photography. My dog Tartufo is also a favorite photographic subject of mine and has a small portfolio to show for his efforts. My photography is something that I do mainly for myself and the few people whom I choose to give prints to. I love developing film and making prints in the darkroom. It's a place where I can get lost for hours on end.

As of January 2008, I'm actually back in school, working on finishing up my science classes so I can apply to med school. I finally finished my pre-reqs in the spring of 2010 and applied to medical school and veterinary school. While I was accepted to both programs, I decided to defer for a year.