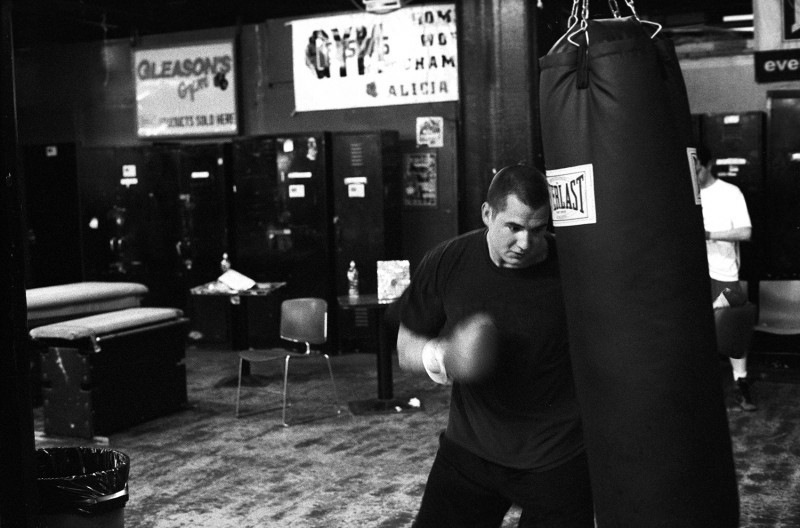 there's sort of a funny story behind this shot... or at least the guy in it. when i was younger and growing up, i lived on the same street as this kid and his brother. along with another group on the block, they'd terrorize my sister and i. we moved off to a nicer house when i was 8 and then i didn't see him again till high school... and then i ran into him at the gym when i was going this project. i walked by him and we kind of recognized each other and it was like "oh, hey... aren't you?" and then we got to talking and he let me take a few shots of him. after it was all said and done, i was like "remember how you used to terrorize me?" and he said "oh yea... well, i'm a different person now." oh, the times.

Nice story! Really cool shot. Like how you framed it. Good moment to catch, like the clear shot of the face and look of concentration.