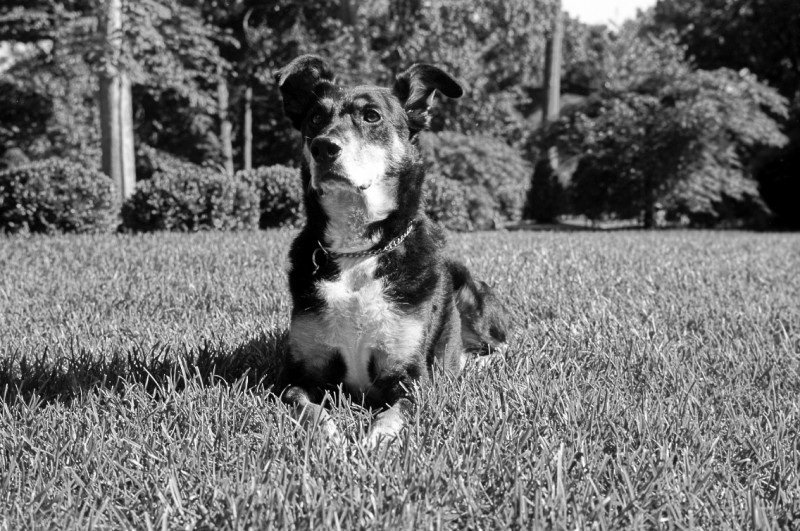 i recently picked up a vintage Kodak Medalist II (c. 1947), which is a 6x9 rangefinder. i got lucky and found one for $70, but it was being sold by one of those "we'll sell your stuff on ebay" companies. they said it was in good cosmetic condition and it worked the last time the owner had used it, which was four years ago, and it had been sitting in a closet since then. but for $70, can you really complain? after showing it to a few friends who said it was in great shape and shooting a test roll, this camera was indeed a wise purchase. its 100mm f/3.5 Ektar lens was the same kind of lens that was made for the first Hasselblads and is very sharp, even wide open. its does have a few drawbacks - it weighs nearly 3 lbs, the rangefinder focusing method makes it difficult/impossible for capturing fast action and lastly, it shoots 620 film. i always have the option of getting it converted to 120... for $280. a few other cheaper options also exist for using 120 film in 620 cameras. having said all that, it takes amazing pictures and is still cheaper than buying one of Fuji's 6x9 rangerfinders for $800.

the picture is of my dog, tartufo. he's seven years old and a mix of a doberman, shepherd and a collie. we rescued him when he was abandoned in the waiting room of my dad's veterinary hospital with a mangled front left paw that needed to be amputated. and when i say abandoned, i mean that the door was opened, he was put inside and his owners left without setting foot inside.

tartufo is always the test subject when i get a new camera or want to try a new kind of film. he has a small portfolio to show for his efforts.