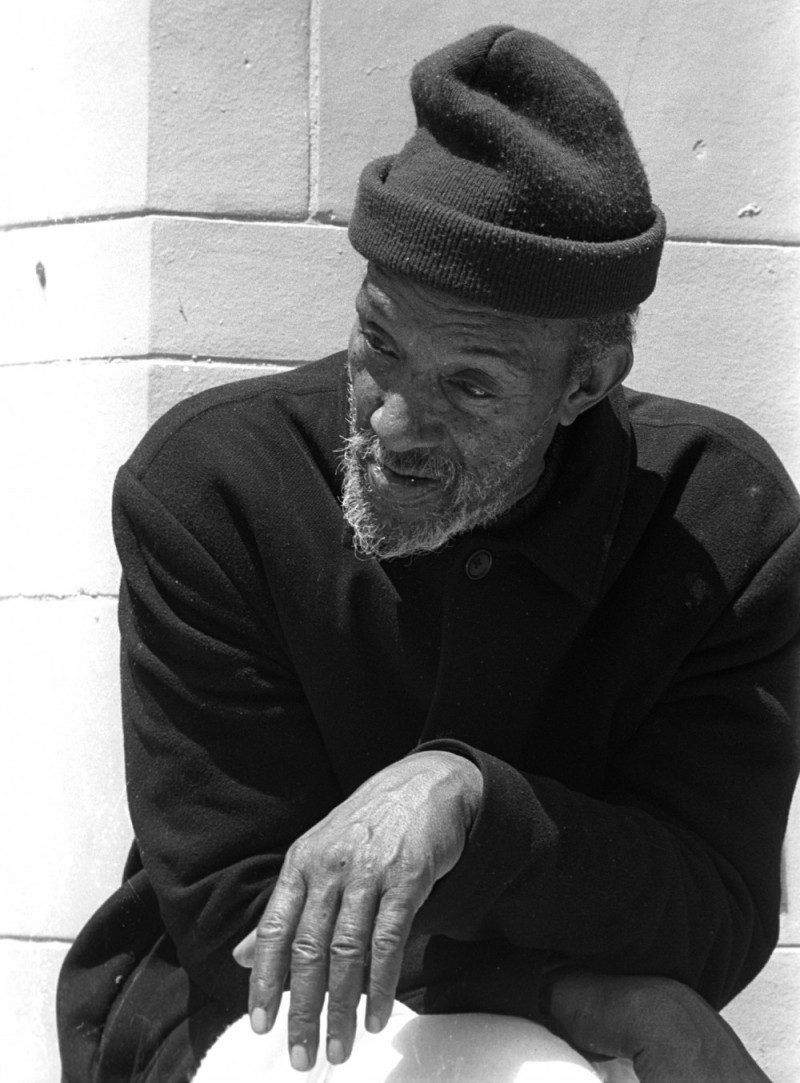 a pretty friendly homeless guy who hung out on the street corner of my dorm, summer 2006. he asked for $3 in exchange for a few photos, which was fine by me.

the random little fact about this picture is that it came off the first roll of black & white that i ever shot and developed. being that it was my first time developing, i loaded the film on the developing reel so that it was touching itself and most of the film didn't come out. this was one of the few shots that came out, and it better have since i gave the guy a few bucks to take his picture. cursing myself for what happened, i vowed never to develop my own film again, but starting with roll #2, there haven't been any more problems :)

This is a relly good picture. We are lucky it made it through the developer.