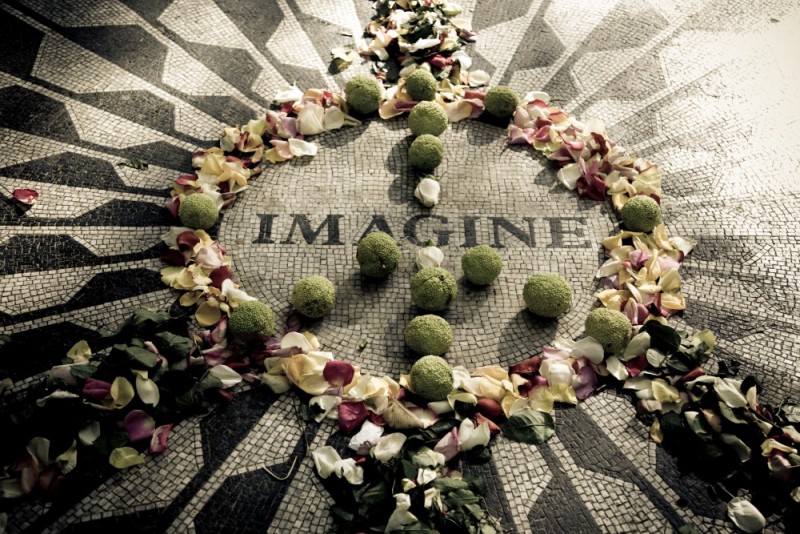 another day, another decoration of the moasic. it's almost always decorated and tourists constantly descend on strawberry fields. getting a good shot can be tough and frustrating as you wait for tour groups to leave, with others often immediately taking their places.

the imagine moasic is one of three things that i photograph often. the other two are my dog tartufo and views new york city from the top of rockefeller center, capturing the city at all times of day and during all seasons.

while my shot of the mosaic from Sept 18 was taken on ASA 25 b&w film, this was taken on a Canon 5D, but i also have shots from this day on b&w film, as well as Velvia 50. this was also my second trip to the moasic that day. this shot was taken around 1:15 in the afternoon. i'd been there earlier that morning too, when the light was completely different and the only decorations were three coins.

That is fantastic shot.