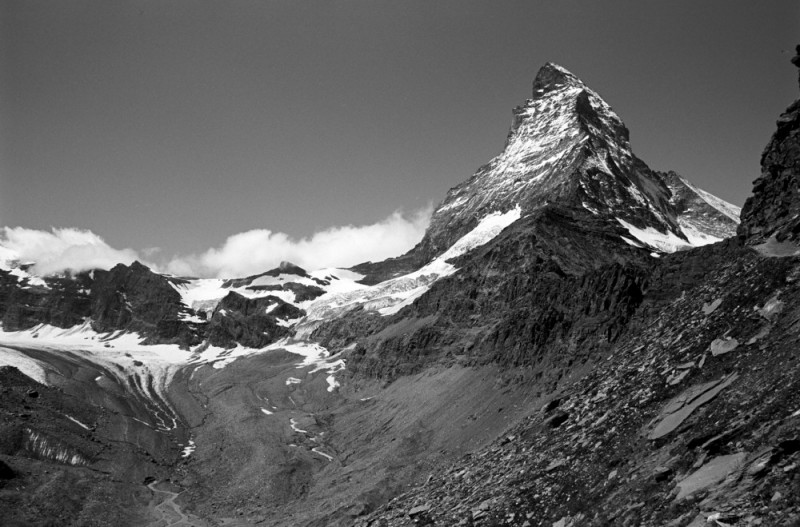 wow... i've certainly been absent from aminus for a while, but since it's the new year, it's definitely time to start posting again.

i took this shot last july as we were en route to the hörnlihütte, which is base camp for climbing the matterhorn. i used orthochromatic film (only sensitive the the blue part of the spectrum) to take this shot, so the grays are rendered a little differently than if i'd used regular panchromatic film.

altho i took this on 35mm film, the ortho film has an ASA of 25, so i was able to print it up to 16x20 (with the potential to go much bigger) and give it to my dad for christmas :)

beautiful. great in black and white.