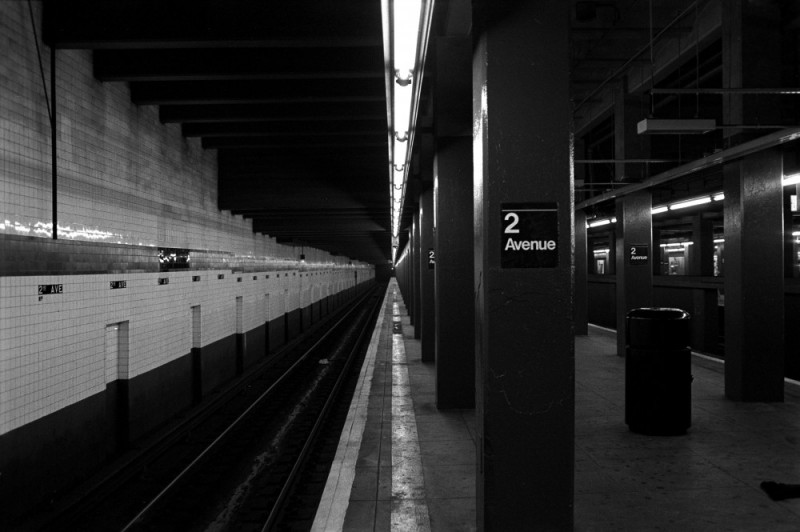 Posted by John-Paul (Madison, NJ, United States) on 12 January 2008 in Transportation and Portfolio.

the F/V stop at 2nd Avenue

i was trying to get down to the south street seaport on father's day 2006, but the A train was being re-routed and after i ended up at 2nd Ave - twice - i decided to head up to rockefeller center and check out the view from on top.

this is also one of the few images i took in photo 1 that i still like. another is the shot of the homeless man on 10th & Broadway.

Hey, I took a similiar photo before! But yours is nicer. Both the photo and the station.

Will from Gainesville, United States

a very beautiful pro shot, evoking feelings of loneliness
keep it up