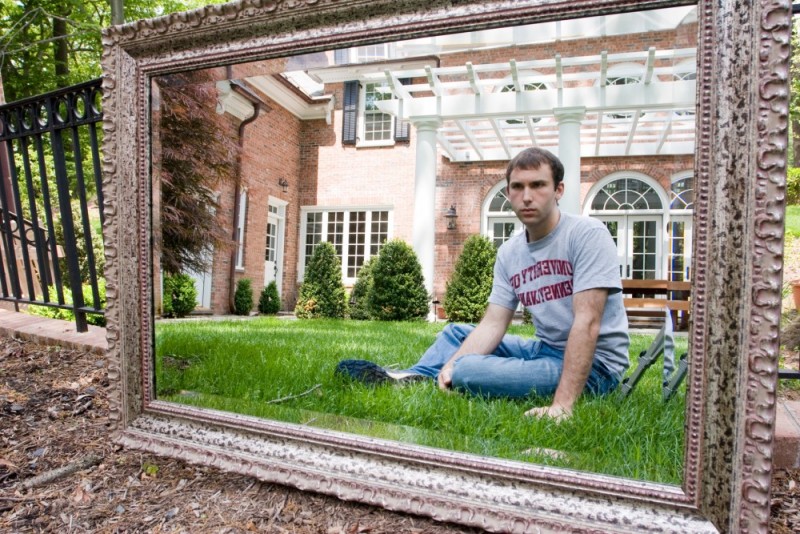 something a little different today

as part of my photo 2 class, our first assignment was self-portraits, which i was dreading since i don't think i'm all that photogenic.

at first, i was trying to do the shots entirely on my own, using a Canon 20D so that i could get an idea of how things would turn out before i switched to film. but i soon saw that for the idea i had, it would take far too long to do everything entirely myself, so i enlisted the help of my sister when i made the switch to 35mm.

i'll post one of those shots tomorrow and explain more about that part of the shoot as well.