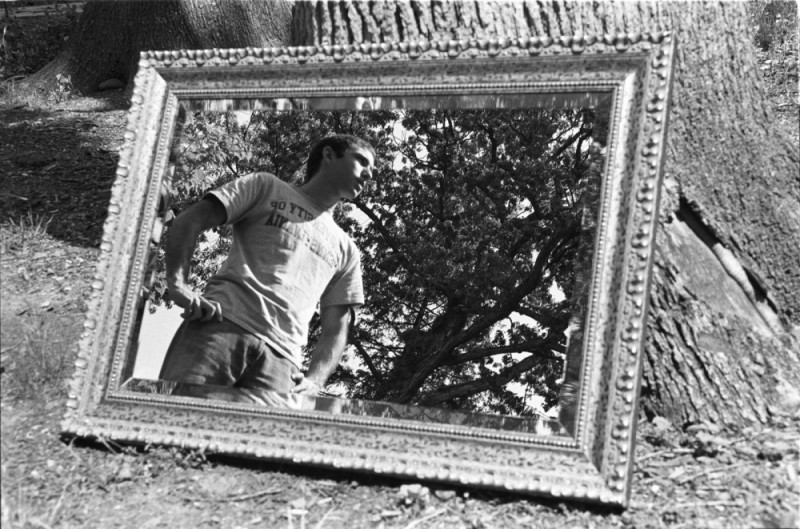 a continuation of what i started yesterday

after taking some digital practice shots myself, it was time to shoot my first photo 2 assignment, so i got my sister to do the actual shooting for me so that things would go faster. one of her good ideas was to move the mirror from the back patio and into the backyard, where i rested it against some trees.

it was definitely easier being able to look at myself in the mirror as we were shooting, and as much i actually like most of the shots we took. we didn't only shoot in the backyard tho - we also went out on a country backroad and took some shots of me with our dad's guitar, as well as a few guitar shots in the backyard. i took a few shots during the train/subway ride back to new york that night, and finished up the roll around washington square the next day.