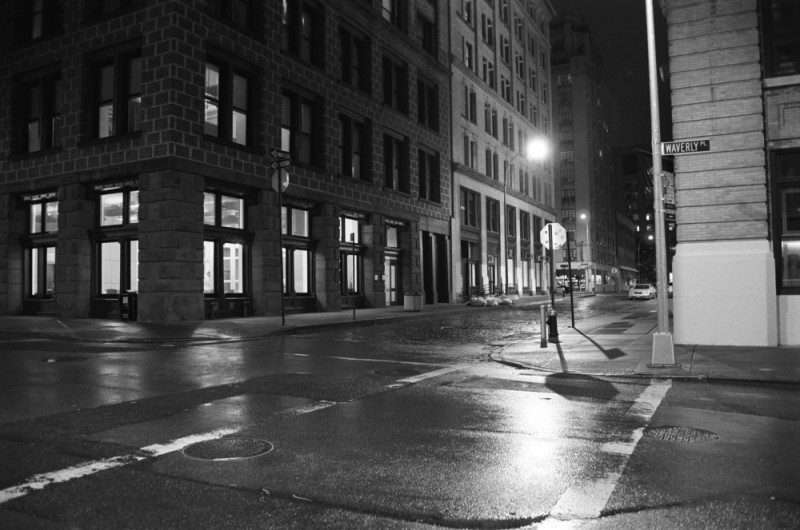 lurking around the darkness of Greenwich Village on a rainy night in New York City... what i was really doing was trying out a roll of Kodak Panatomic-X that i'd come into possession of a few months earlier, but had been reluctant to try out due to its age and rarity.

shot during june 2007, this film had expired sometime in 1989... but after developing it, the film hardly showed its age at all! i did slightly overexpose it +2/3 and overdevelop it by 30 seconds, just in case, but after viewing the contacts, the precaution wasn't really necessary.