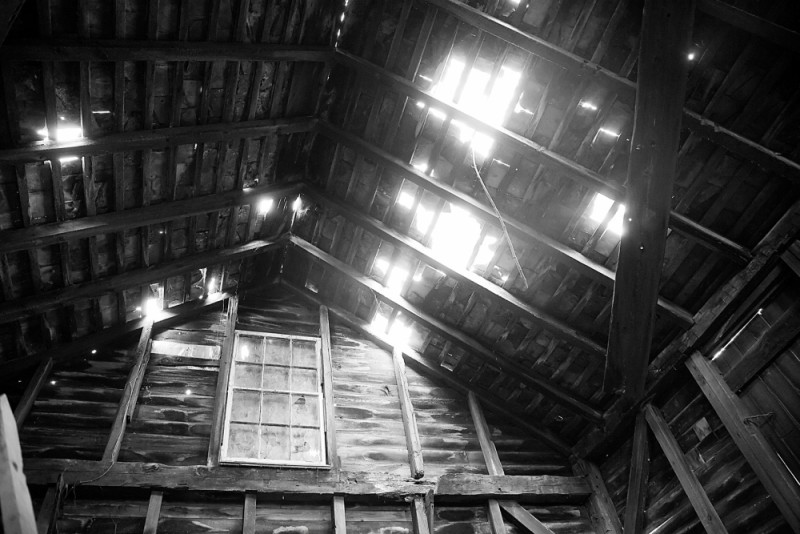 Posted by John-Paul (Madison, NJ, United States) on 18 March 2008 in Architecture and Portfolio.

i was over my cousin's for her daughter's 16th birthday party. their house is pretty old, built in 1864 and they also have a barn on their property which was built with the house. i hadn't been there in a long time and upon driving up, you could tell that the barn had really deteriorated over the last few years. i went inside and found out that part of the second floor had collapsed, which only made me go into that area and take pictures. as soon as people realized where i was like, they were like "get him out of there! it's not safe!!!" - which was exactly the reason i went in, haha.

Beautiful shot of these old bones…the tonal range, here, is very impressive, and the small slivers of light are terrific.