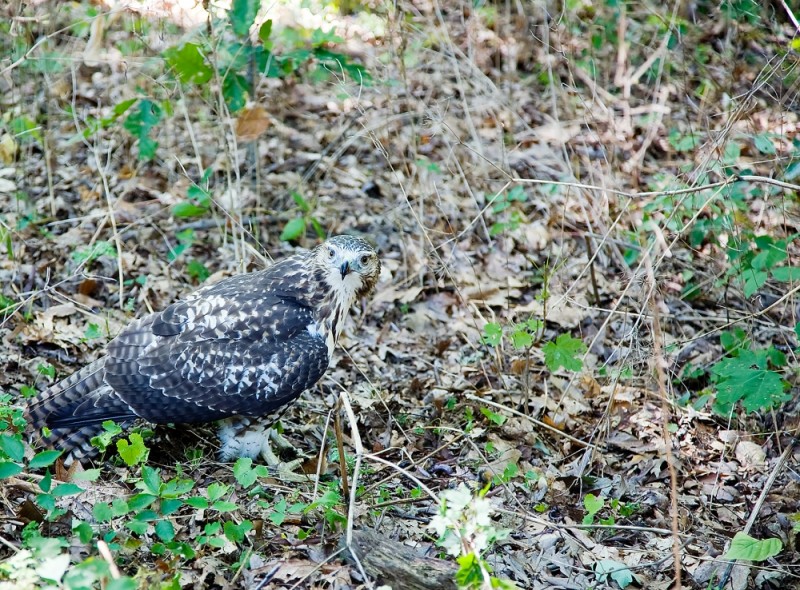 i was walking around the frelinghuysen arboretum in morristown, nj and came upon this hawk, devouring its prey, which seemed to be a chipmunk. after i took a few shots of it, it flew up into a tree - chipmunk dangling from its claws - and finished its meal.

later on, i saw another hawk in a tree and then a third hawk, flying low to the ground as it tried to pick up a squirrel as it flew over it. however, the hawk missed and the squirrel ran up a tree.