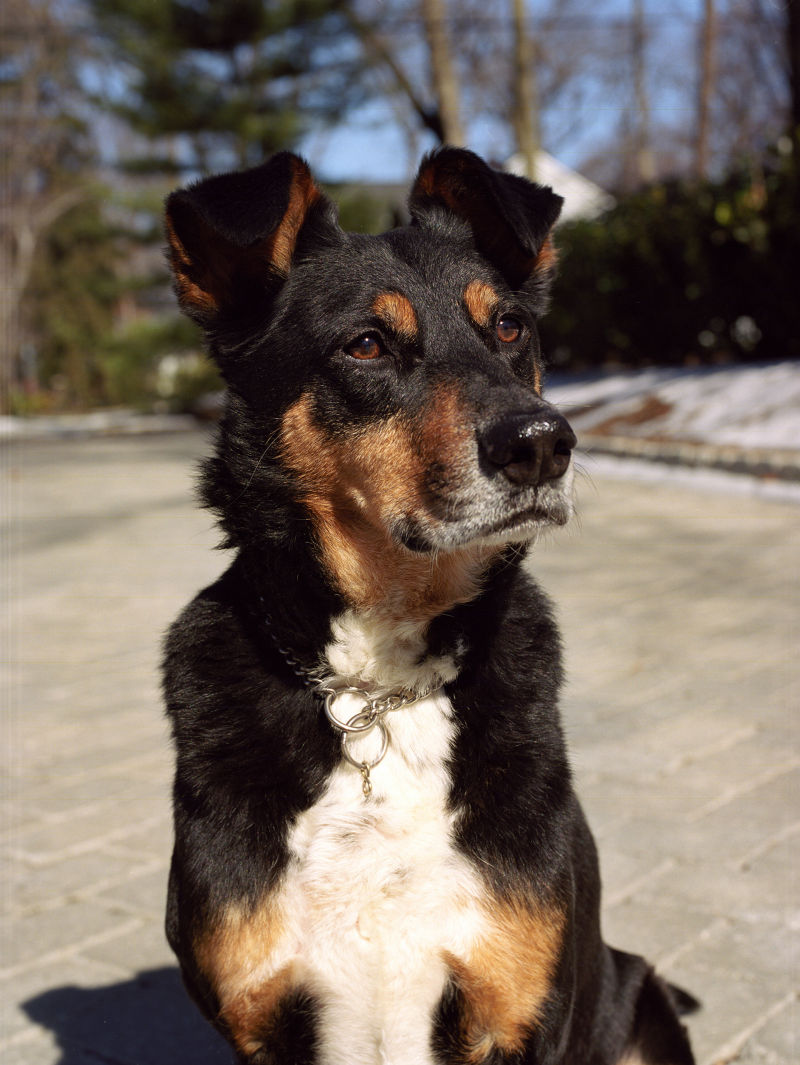 another shot of my dog, tufo. taken during the winter of 2007, he was in an especially cooperative and photogenic mood this day.

this was taken on the first roll of film that i put thru my short lived pentax 645 camera. actually, it was the second roll, since the first roll i accidentally loaded incorrectly so the backing paper was exposed instead of the film itself. oops!