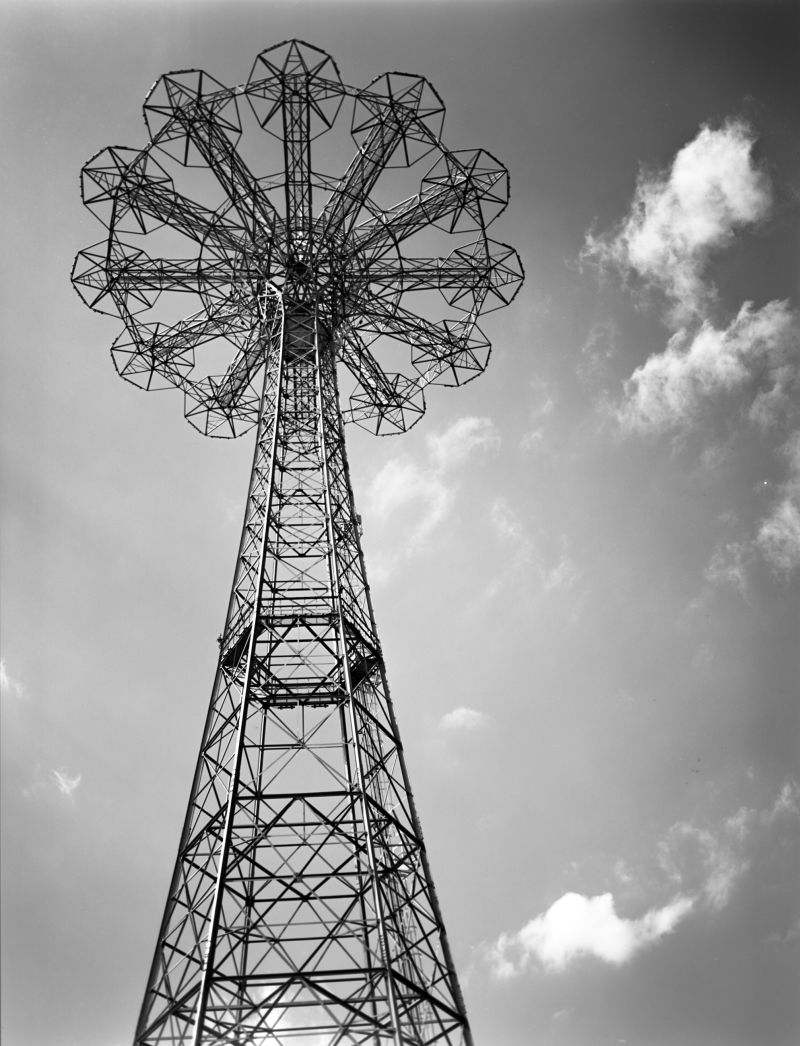 my friend and i went out to coney island last sunday to take some pictures. we lucked out and the weather was really nice, which unfortunately meant that lots of other people were out there as well. we had been hoping it would be bitterly cold out so coney island would be abandoned. there was also a good amount of boardwalk renovation going on. however, we're quick to adapt and shifted our main focus to environmental portrait photography.

this is a shot of the parachute jump on coney island and while it's a shot i've taken before, i really like the composition of the shot, how the darkness of the tower contrasts against the lighter sky, as well as how the clouds give the sky some life.

i shot this on a Bronica ETR, which shoots 120 film in the 6x4.5 format. the film i used Rollei ATP 1.1, a very good replacement for the extinct Kodak Tech Pan. i developed the film myself in Rodinal, diluted 1:300 for 12 minutes and voila!

Great composition indeed, the tower seems to be looming, in front of a great sky. Beautifully done :)