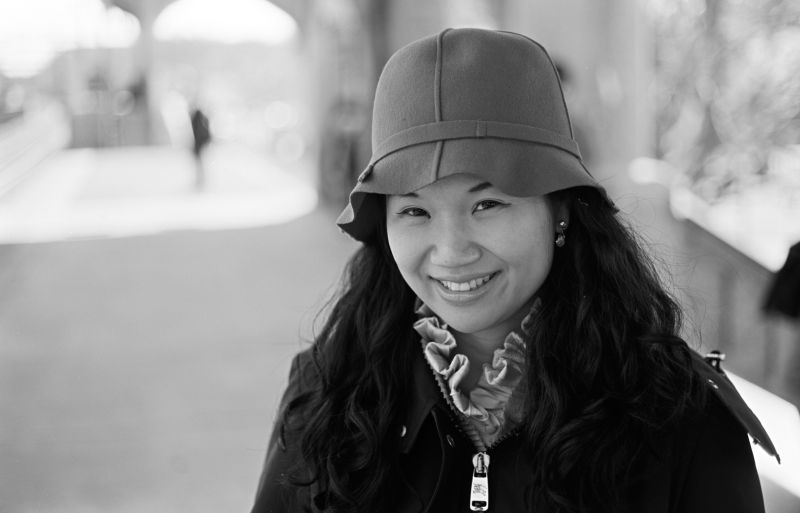 technically, i really like this picture. it was taken on Kodak Technical Pan film, whose contrast can be difficult film to tame for pictoral use. i also used a 50mm lens, opened up to f/2, which blurred the background very nicely, almost to where it looks as if she may have been shot against a green screen and digitally inserted later on. i may have a lost a little sharpness opening up so wide, but it was necessary due to the extreme amount of light that this film requires. i've printed this shot up from the 35mm neg to an 11x14 fiber print and it tolerates the enlargement very well.

besides the technical merits, it's just an aesthetically beautiful shot :)