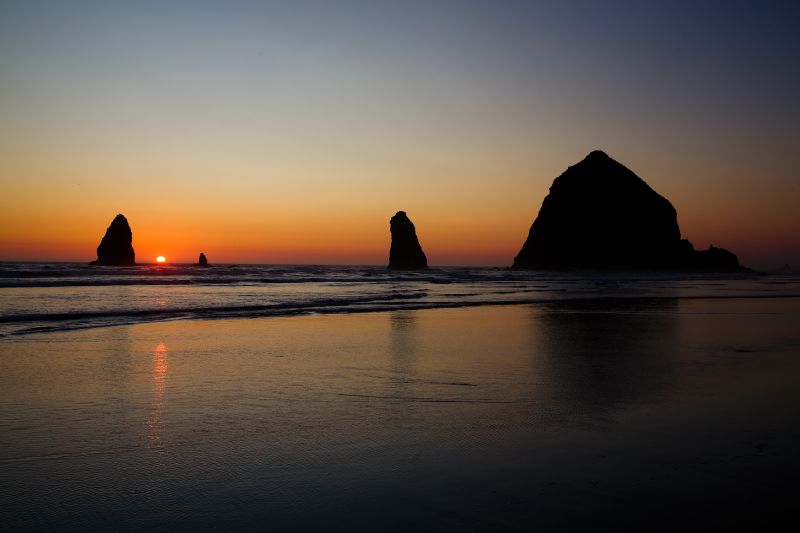 vacationing in Oregon and standing on Cannon Beach, watching the sunset, with Haystack Rock and its needles in silhouette. the uncharacteristic heatwave that the northwest was experiencing created extremely hot temperatures in Portland that made weather on the coast very foggy. as we only stayed in Cannon Beach three days, this was taken the day we arrived and the only day that the fog burned off in time for sunset!

this was taken digitally with my Canon 5D, but I also shot this on Kodak Ektar 100 using a Bronica ETR, which shoots 120 film in the 6x4.5 format. however, i haven't had the film developed yet.

for anyone curious, Haystack Rock is a 235 foot monolith on the Oregon coast and the third tallest structure of its kind in the world.

lost in the milky way from -, Spain

What a beautiful sunset scene. I'm curious about how it would've turned out with fog.

I'd love to see the film version of this!

You have the right name for your photoblog. This image looks: "painting with light" congratulations !