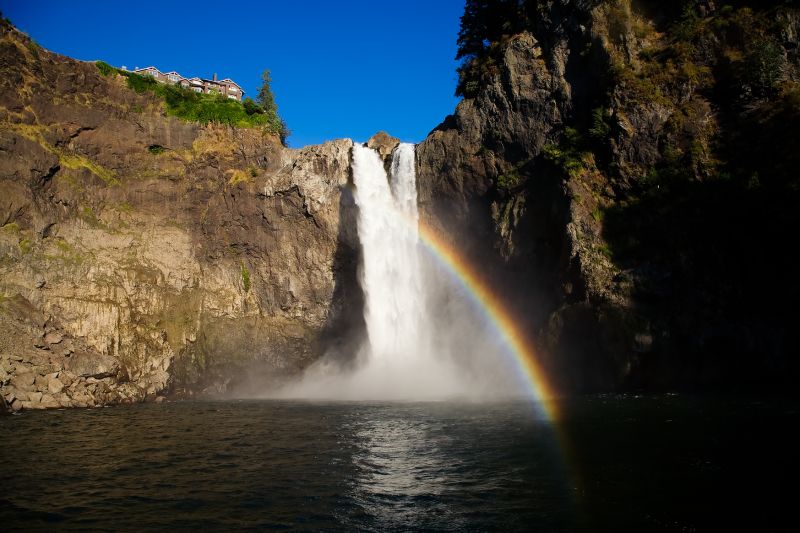 this picture just boils down to being in the right place at the right time.

i'd hiked down to the falls that same morning, just for the heck of it, even tho the sun was in the wrong direction. there's a boardwalk that takes you to an observation deck, where everyone climbs over to get down to the shore. i went back later that day and voila.

as with the previous shot, this was taken digitally with my Canon 5D. i also took this on film using my Bronica with Fuji Pro 160S, which happened to be my last roll of color negative film. since the Bronica has interchangeable backs, i reached into my bag to a load second back with Velvia 50, but realized i'd left all my those rolls in my hotel room! i ended up using Astia 100.

another obstacle i encountered while taking these shots was that the wind was blowing the mist from the waterfall everywhere and water droplets were constantly collecting on my lens, which i had to keep wiping off with my shirt.

You are quite right and extremely lucky to shoot this miracle.

Beautiful! Being in the right place at the right time definitely pay dividends.