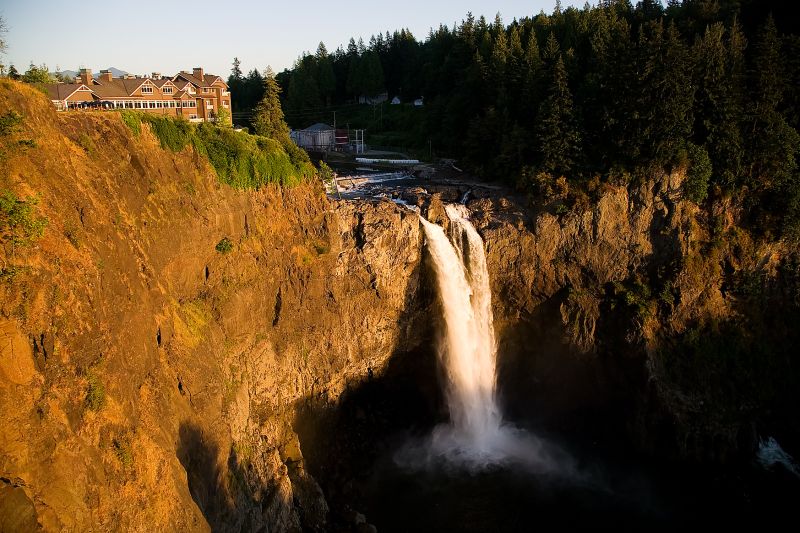 Snoqualmie Falls, taken from the top. Sadly, the rainbow had disappeared by the time I made it back up. It had actually started to disappear just as I finished shooting down below. I have a shot similar to this one, but taken further away form a different vantage point, where you can still see the rainbow colors in the mist, albeit unformed.

The building in the left hand corner is the Salish Lodge & Spa, which served as the exterior of the Great Northern Inn for David Lynch's Twin Peaks.

As with my previous two postings, this was taken with my 5D, but I also ran more film through my Bronica. By the time I finished shooting the waterfall, I had one shot left on my roll of Fuji Pro 160S and also a few shots left on my roll of Astia. After the Pro 160S was finished and I was completely out of negative film, I loaded a roll of Kodak Ektachrome Professional Plus (EPP) and took more shots using that emulsion. Even tho Kodak EPP is reversal film, I plan on having it cross processed as a negative, which basically just increases saturation and contrast - and gives you a negative!