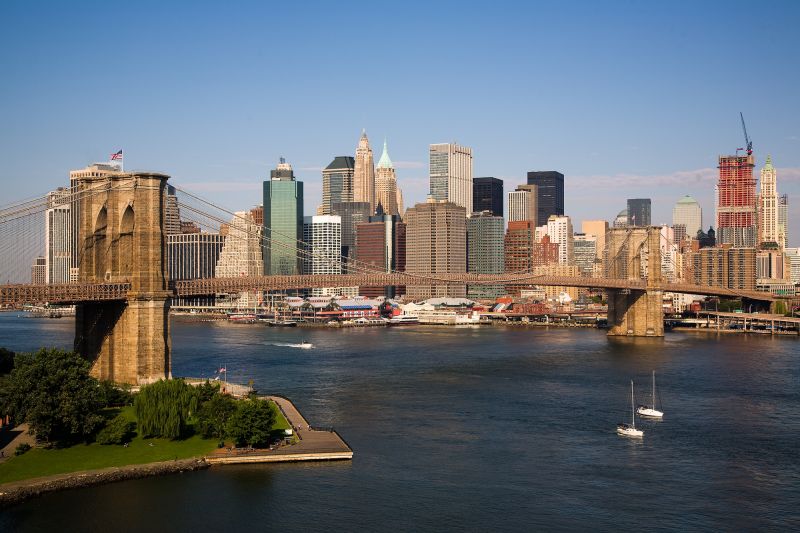 standing on the Manhattan Bridge and doing the best i can to squeeze my lens thru protective fencing, holes in the railings, etc.

for this particular shot, someone had pried away part of the fencing, so i stuck my camera and arm underneath that. of course, the problem now was that the Canon 5D doesn't have live view and i couldn't look thru the viewfinder, so i took a few shots and made adjustments based on the result.

for whatever reason, i really wanted to take this on film. i dusted off my Pentax Spotmatic SP, since off all my cameras, it has the smallest wide angle lens. i specifically bought a roll of kodak ektar 100 for this shot. anyways, i'm loading my camera and wind the film onto the take-up spool, advance it twice, close the back and then start advancing it to the S marker for my first shot. however, the film wasn't advancing smoothly, so i rewound it just a tad to get it off the take-up spool, but that little bit proved to be too much, as the film rewound entirely into the canister. i was so mad! i always bring my 5D with me tho, so it wasn't a total loss. i'll just go back when the leaves start changing and the air is cooler.

well worth the effort...great skyline.