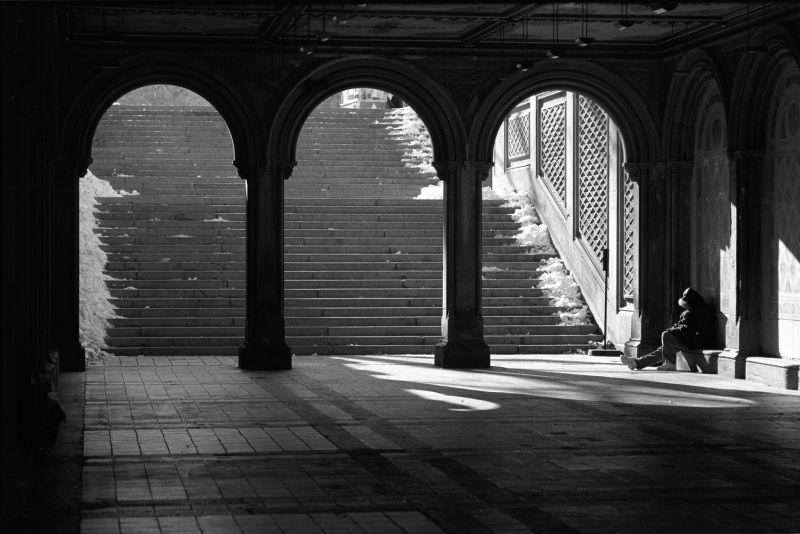 on this day, i was in new york city and found myself walking around central park. i took this picture right behind the fountain at bethesda terrace. i saw the man sitting on the opposite end and took a few pictures. this shot was taken on film, but i had my digital camera with me and took a few shots with it so that i could get more of a silhouette effect. i used an 85mm lens, which i think was at f/2.8.

the real cool part was that i used a roll of vintage Kodak Panatomic-X, which had expired in 1991. Panatomic-X, a 32 speed b&w film, was discontinued in 1987 and replaced with T-Max 100. i developed this film myself using Rodinal, diluted 1:50 for 9 minutes.

using old film is always fun but always a gamble... it sucks when the pictures don't come out, but it's great when they do!