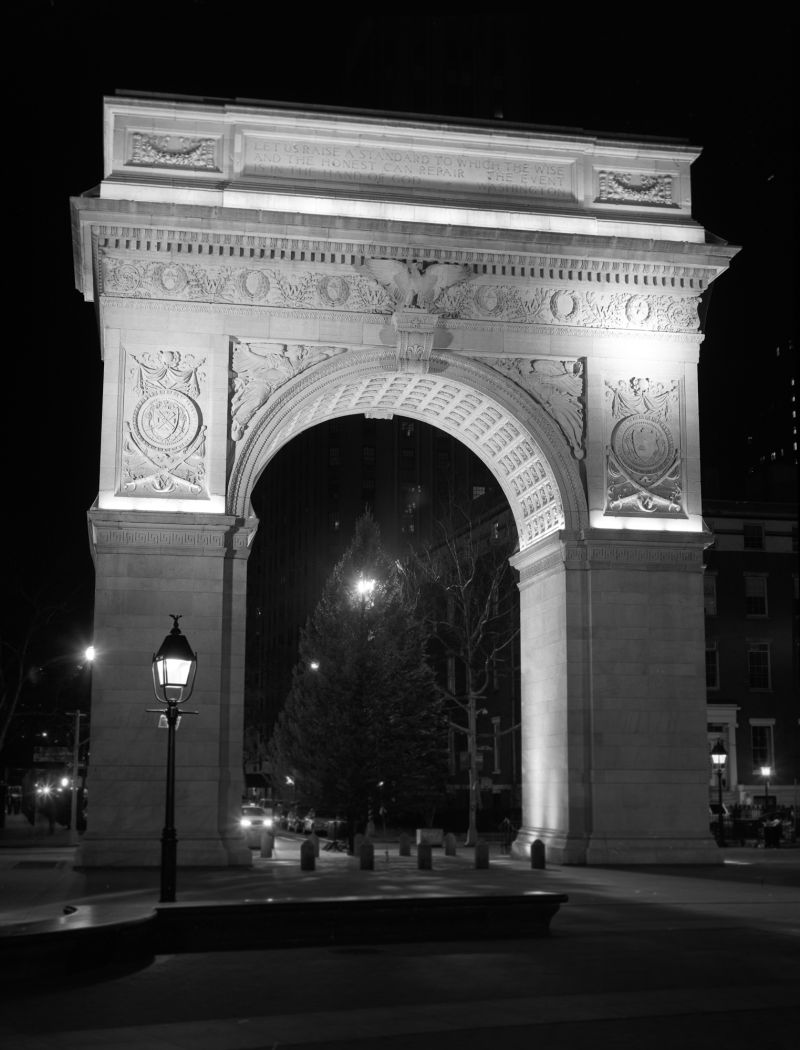 Posted by John-Paul (Madison, NJ, United States) on 9 February 2010 in Architecture and Portfolio.

i'd taken this shot during the summer of 2007, also using b&w film and mounting my camera on a tripod, but being younger and stupider, i shot it with the lens wide open. i finally made it back a few weeks ago and properly re-took the shot.

among the things i didn't like about the old shot, which can be seen here, was that i was using a slow film - Kodak Panatomic-X, ASA 32 - and opened my lens wide because i didn't feel like needing to expose the film for 5 minutes to get the shot and also because i didn't feel like dealing with reciprocity. while the film is overexposed, it still scans nicely, but has proven very difficult to get anything else but a flat, low contrast print from the darkroom. also, i shot it rather wide angle and the original post was cropped down.

The varying factors though with exposure and angle and focus aren't a problem. they all give a different effect to the photo. they give a different image everywhere you look, a different thought, a different mood. we can all dial in and do the "math" and shoot the micro crisp photo. this shot has multiple facets. and at multiple levels. this is a wonderful piece. thank you for sharing it.