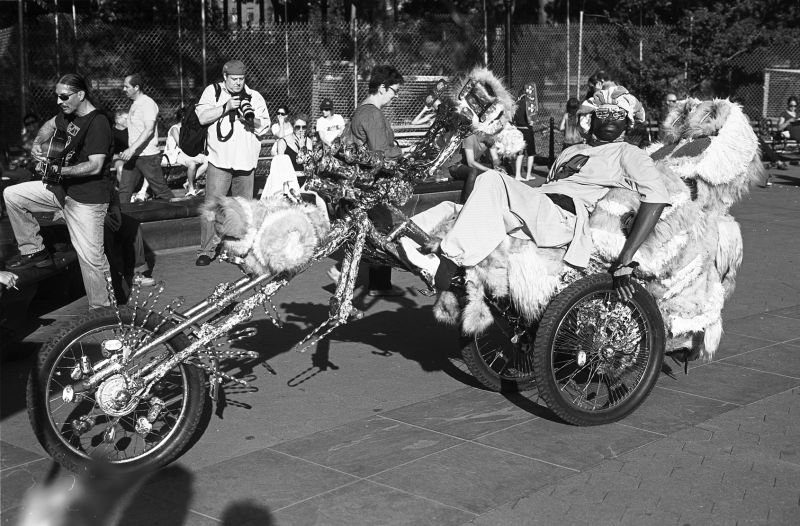 taken in Washington Square Park on May 20, using my Nikon FE2 and Rollei ATP 1.1 b&w film. shortly before this, we ran into Donald Trump and the Apprentice crew filming segments in the park for the latest Celebrity Apprentice finale. i took a few shots of The Donald, but using manual focus lenses, it was hard to keep up with his constant movements.

this would've been a great shot, except someone got in the lower left corner of the frame. thanks!