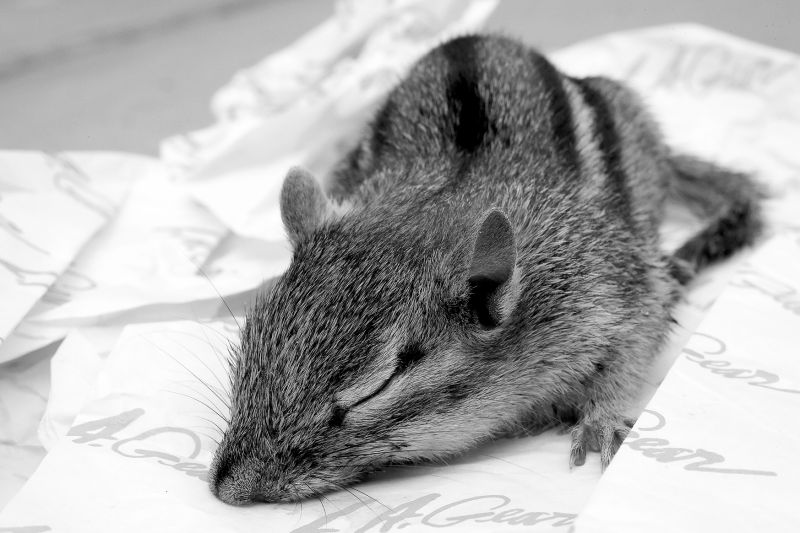 my mom discovered this little critter in our driveway on sunday morning. he was laying very still, hardly moving and making little chipmunk whimpering noises. we made a little home for him in a shoebox with some tissue paper before bringing him over to my dad's vet clinic, where he began improving after receiving some dextrose water orally, IV fluids under his skin and being placed in an oxygen cage. despite not yet having reopened his eyes, which can be a sign of head trauma, he began grooming himself, which is a positive sign.

sadly, the little chipmunk died, probably from head trauma. it's possible he landed in our driveway after falling out of a tree, or perhaps a bird snatched him up and then dropped him. at least he had his best chances for survival in the hospital, instead of being left in nature for another animal to finish him off.

Sad and beautiful story since you really did what you could. Superb B&W and moving one due to the end.....

Stunning capture of Humanity and Compassion on 'film'.