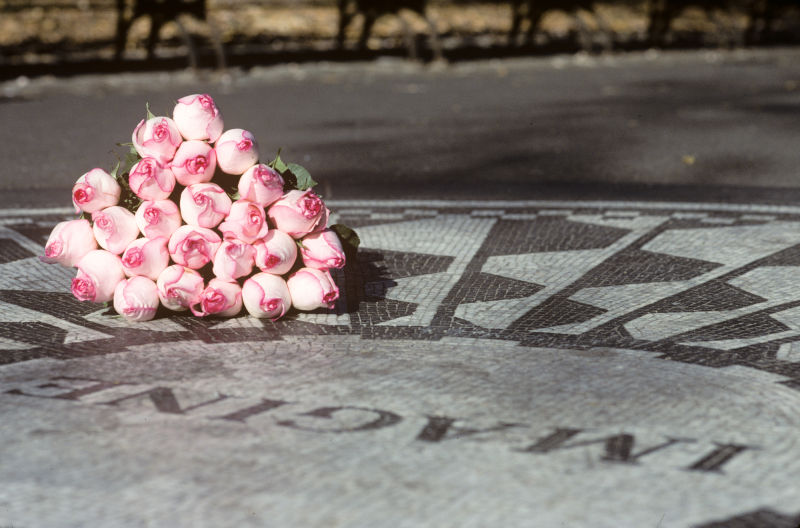 Yes, I know... another picture of the Imagine moasic. I'm chose to post this because the picture is taken from a different perspective, especially made possible by the addition of the flowers.

I did take a second shot, in which I focused on the Imagine text instead of the flowers.

As any photographer would critique themself, my main complaint about this shot is that I rushed it, as to not annoy everyone else who wanted to take a picture. I have no complaints about the exposure, but I was using an 85mm lens and in my haste, I shot at f/5.6, when I would have preferred more shallow depth of field at f/2.8

Most notably, this was taken on one of my last rolls of Kodachrome 25.