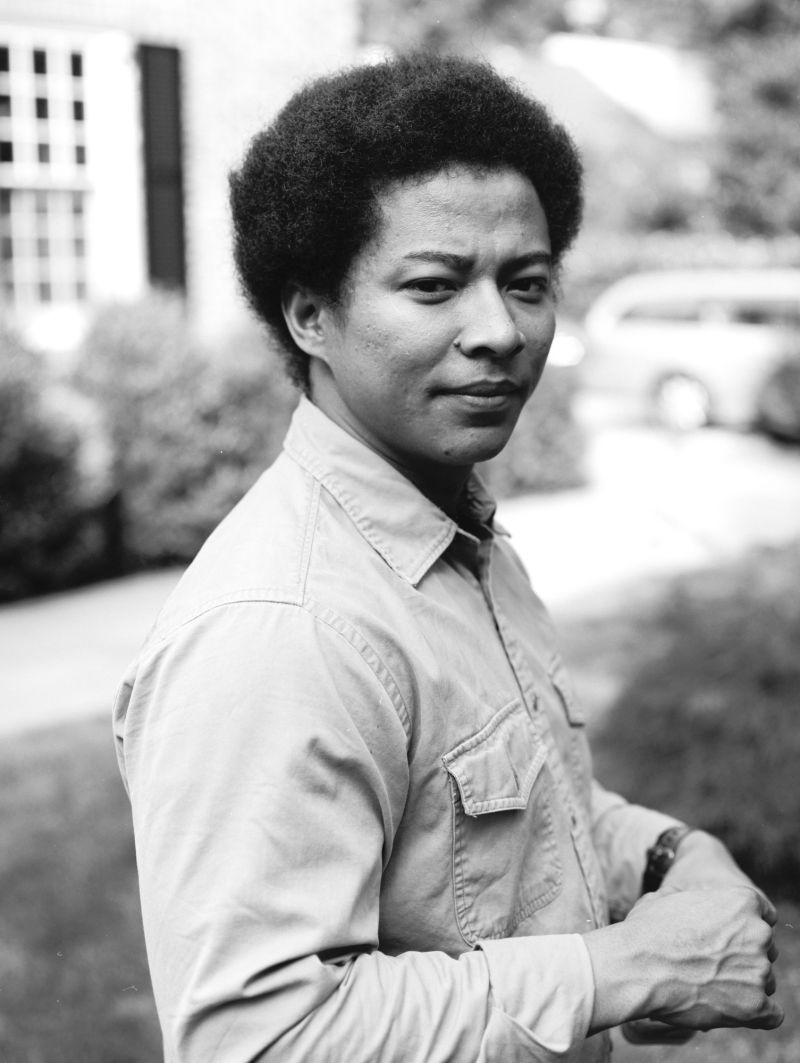 I shot this during July 2010, while taking a short break while studying for my Genetics final. The shot is of my friend Augustine. His father is from Ghana and his mother is from Korea.

I shot this on medium format Fuji Acros, developed in Rodinal, diluted 1:50 for 13 minutes. I used a 75mm lens, which I'm pretty sure was wide open at f/2.8.

I made a print of this shot and gave it to Augustine. When I showed it to him, he said it was his HNIC photo. Ha!!!

This is a great portrait.