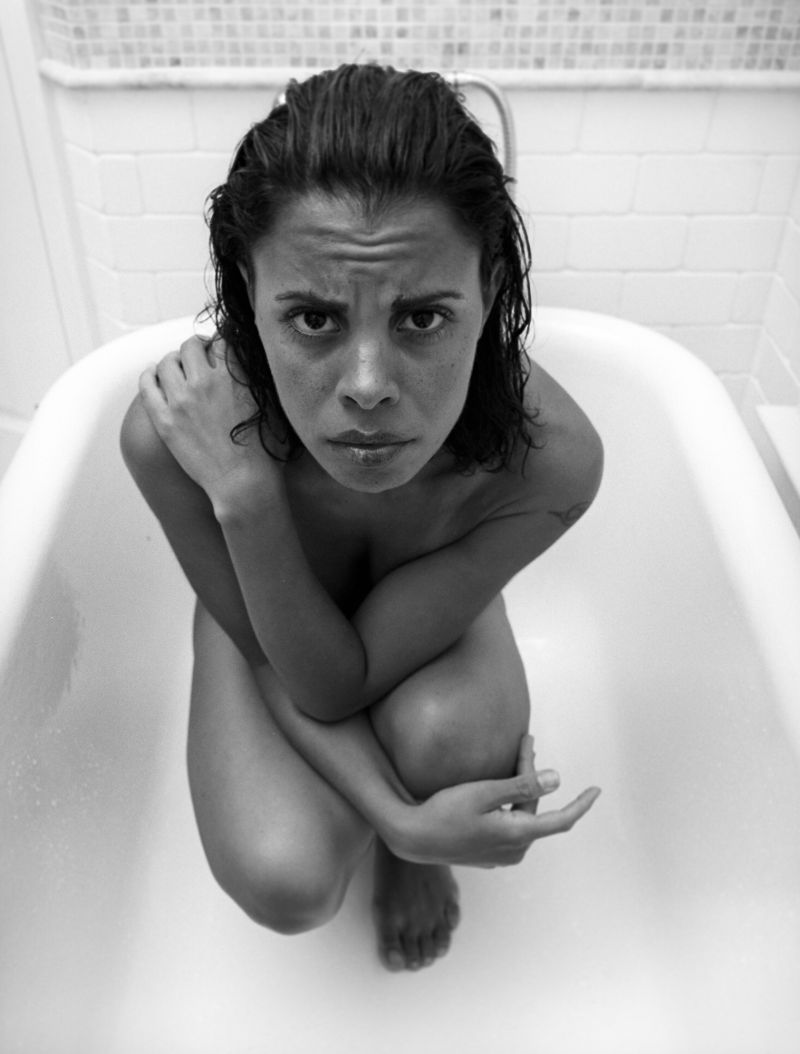 Shot back in March 2009, this photograph was an extension of a project I was working on for my 4x5 large format class. After I'd finished shooting my 4x5 film, I had some film loaded in my Bronica ETR, which shoots medium format film in the 6x4.5 format, and we kept shooting.

This particular shot was taken on Kodak Plus-X, which I developed myself in Rodinal, diluted 1:50. The shot was lit with the overhead lights in the bathroom and one strobe.

Great work; I love the 'tension' in pose and facial expression of the girl; the tub adds loads of wonderful greyscales. Nice!

Oops, forgot to add, I too use mainly Rodinal in 1:50 dilutions, but mostly with Adox film and in 120 format

I like that little bit of tile texture to brick at the top of the frame and then the rest of the smooth tub with her figure right in front. Her expression is a bit disturbing - as Hoshisato says - adds a tension to the image.

It is a very strong photo.

I love the way you contrat the model against the very light background. I just bought one of those Bronicas .. I hope I can learn to get results like you have here.