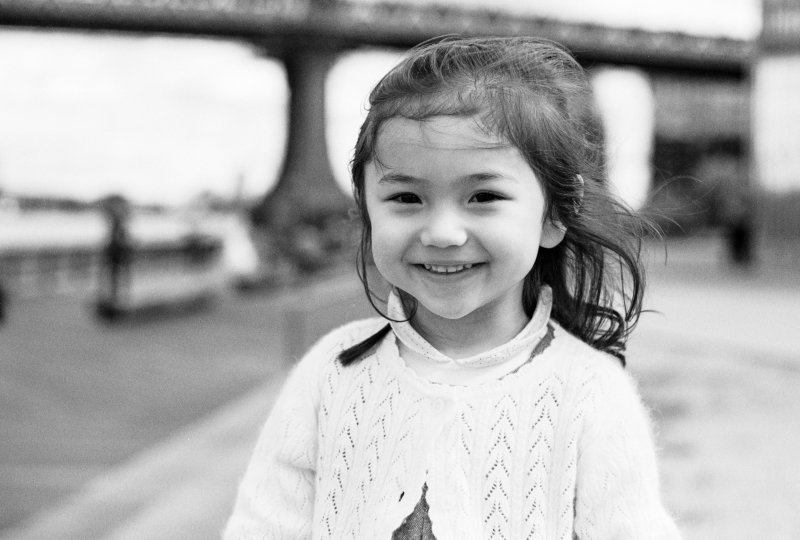 I haven't been very active on Aminus3 in quite a while, partly because like many of us, I work full time and also work freelance on the side. However, the more exciting reason for my absence is because my first child was born on February 16, 2013! Here she is, 2 1/2 years later. Her name is Eleanor Jiwoo and she's a mix of Korean and European descent.

As for this particular shot, it was taken on October 17 at Empire - Fulton Ferry State Park. Technically, I used Rollei RPX 25 in my Nikon FE2, which was equipped with a 50mm lens with a yellow filter. I developed this in Rodinal 1:50 for 11 minutes and while this shot may look fine, the majority of the roll was shot in bright sun and is a bit too contrasty, despite using Rollei's recommended time and dilution for this developer. After doing a bit of research, it seems that Rodinal 1:120 for 14 minutes at 18 degrees yields much improved results for taming the contrast of RPX 25.